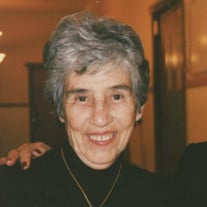 Bertha Martinez passed away peacefully March 23, 2021, at the age of 96, after a long illness. She was born on June 2, 1924, the fourth of 14 children, in the rural village of San Pablo, Co. Bertha was the strongest of the six girls in the Quintana family and grew up riding horses and helping her father and brothers tend to their large alfalfa farm and animals. Having lived through the Great Depression, she learned at a young age the value of perseverance and hard work. At age 18, Bertha traveled to Denver, where she found a job waiting tables in the heart of the city. In 1943, she married handsome downtown Denver businessman and trumpet player, Max Martinez, who sparked her lifelong love of jazz music. Together, they had six children. Max and Bertha were dedicated parents and worked tirelessly to ensure that each of their children graduated from college and succeeded in their chosen professions. Their children include a doctor, two lawyers, a business owner, administrator and journalist. Bertha, with her winning smile and vibrant personality, served for many years as a health care worker in Denver area nursing homes. She believed that, beyond medicine, the power of a touch, a smile and a kind word had the potential to provide enormous health benefits to residents. Bertha loved to garden and together she and Max did natural “farm-to-table” long before it was trendy. They grew the tastiest sweet corn, plumpest tomatoes and juiciest apples. Bertha’s freshly canned chokecherry jam and old-fashioned spiced apple sauce were the envy of the neighborhood. Sunday dinners at Bertha’s house meant homemade bread hot from the oven and homespun apple pie. Bertha loved to read and was a whiz at knitting, crocheting and needlepoint. Her handmade blankets, tablecloths and artistic pillow covers grace the homes of family and friends. Bertha’s life was a living example of her strong Catholic faith. She prayed daily with her children and was generous to a fault, giving selflessly to the poor, the Church and anyone who asked for her help. After she retired in 1993, she started each day walking three miles to attend Mass and pray the rosary. When she wasn’t tending to her beloved dogs or the flower gardens and trees on her expansive property, she managed to read at least one book a week. In her later years, some of Bertha’s fondest memories were about when she and Max were first married and he performed in downtown Denver with his jazz band. She remembered sitting next to him during rehearsal sessions and flipping the pages of his score sheets to the delightful wail of Big Band era jazz. Bertha is survived by her six children: Evelyn, Lenore, Julia, David, Leona and Marwin Martinez, 11 grandchildren, six great-grandchildren, and her youngest sister, Irene Quintana. Her husband, Max, passed away in 1975. A private graveside service is scheduled for March 31, 2021. A celebration of life service will be scheduled later.

Bertha Martinez passed away peacefully March 23, 2021, at the age of 96, after a long illness. She was born on June 2, 1924, the fourth of 14 children, in the rural village of San Pablo, Co. Bertha was the strongest of the six girls in the Quintana... View Obituary & Service Information

The family of Bertha Martinez created this Life Tributes page to make it easy to share your memories.