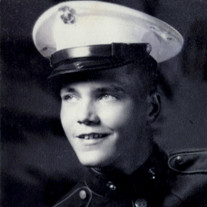 Dan Paul Chism Sr. was called home to the Lord on April 10, 2022 at Denver Hospice. He transitioned peacefully in his sleep after a long battle with COPD. Dan was born in Denver Colorado in 1945. He graduated from Denver East High and at age 17, enlisted in the U.S. Marine Corps. Dan proudly served four years in Vietnam as a marksman, a scout and was in the infantry. He was honorably discharged as a Corporal. He then went on to become highly regarded in the trade of carpentry. Dan continued on to a successful career in the construction industry. Eventually, he retired as a well respected General Superintendent. After his retirement, Dan focused on his family and his passion for his beloved Harley Davidson, Ruby. He served as a proud member of the motorcycle club, Leathernecks MC. He gained lifelong friends with his veteran brothers. Dan was often described as a “special character”, charismatic, adventurous and having a magnetic personality. He lived large and made sure everyone around him had a great time as well. Known often as stubborn and gruff, he was really a fiercely loyal, loving teddy bear on the inside that loved his children and grandchildren more than anything. He will be missed by everyone who was blessed to know him. Dan was preceded in death by his wife Allison L. Chism and survived by his children, Angela (Mark) Broxterman, Jennifer Cottrell, Dan Jr. (Jerelyn) Chism and Jake Chism. He is survived by his grandchildren, Anne (Billy) Croker, Adam (Tina) Broxterman, Zane Broxterman, Noah Broxterman, Ellese Cottrell, Merick Cottrell and Jack Chism. He was preceded in death by his parents, Paul O. and Ruby E. Chism. Dan is survived by his siblings Sharon (Bud) Ingalls, Randy Chism, and preceded in death by his brother Harry (surviving spouse Mary Ann) Chism. Memorial service will be held May 13, 2022 at Romero Family Funeral Home Lakewood location starting at 9 AM to 11:30 AM. Graveside service will be held at Fort Logan National Cemetery beginning promptly at noon. In lieu of flowers you may proudly honor Dan with a donation to Wounded Warrior Project, Vietnam Veterans Memorial or American Lung Association. Eternally Semper Fi.

Dan Paul Chism Sr. was called home to the Lord on April 10, 2022 at Denver Hospice. He transitioned peacefully in his sleep after a long battle with COPD. Dan was born in Denver Colorado in 1945. He graduated from Denver East High and at age... View Obituary & Service Information

The family of Dan Paul Chism Sr. created this Life Tributes page to make it easy to share your memories.

Send flowers to the Chism family.