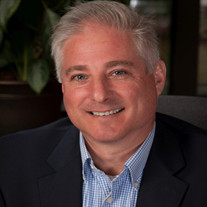 Derek K. de Bastos, 57, of Greenwood Village, Colorado, was born on May 8, 1964, in Trenton, NJ, to Ricardo and Maria de Bastos. Derek graduated from Lehigh University in Bethlehem, PA, in 1987 with a Bachelor of Science degree in Electrical... View Obituary & Service Information

The family of Derek K de Bastos created this Life Tributes page to make it easy to share your memories.