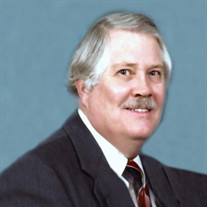 Kenneth Young Cromar, known as K, was born in Salt Lake City, Utah on June 29, 1932, to Louine Clawson Young Cromar and Raymond Kenneth Cromar (Ken). He was the oldest of seven children including Don, Dale, Carlie, Bruce, Glen, and Ross. He moved to Denver, Colorado in 1948 and married Anne Ruth West in 1951, they subsequently divorced but remained friends. They had five children Janet (Stanfield), Chris Cromar, Carol (Ploeger), Sue (Stott), and Sharon (Spagnoli). He was married to Lynda (Morgan) in 1986, and he was stepfather to Lenny, Jared, and Crystelle.  He enjoyed being a father, grandfather, and great grandfather to many children. He loved Christmas and each year sent out letters and gifts to all.  He was devoted to his faith as a member of the Church of Jesus Christ, of Latter-Day Saints.  He was a gifted athlete and won a state championship in Track and Field as a high school student at South High School in Denver.  He played varsity football as well. In addition to being an athlete, he was also an accomplished salesman. His career as a salesman started as a child selling lightbulbs door-to-door.  During college at BYU, (Utah), he supported his young family selling pots and pans.  He joined his father, Ken, in the family Audio-Visual business which employed many family members as well as others and was known as an outstanding salesman and won numerous honors from Bell & Howell while employed there. K changed careers and entered the insurance business with The Goodson Insurance Agency in 1983. The insurance agency was sold a few times, but K remained there and retired from Cherry Creek Insurance in 2017. He is survived by two brothers, Bruce Cromar and Glen Cromar, his sister Carlie (Jenson) his wife Lynda, all his children, stepchildren, and many grandchildren, great-grandchildren, and many nieces and nephews.  He passed peacefully at home with Lynda by his side.

The family of Kenneth Young Cromar created this Life Tributes page to make it easy to share your memories.

Send flowers to the Cromar family.