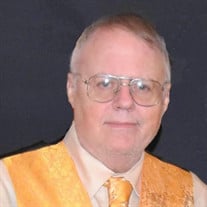 Thomas Kathan, age 66, passed away peacefully on Wednesday, December 23, 2020, at St. Joseph Hospital in Denver. He was born on May 17, 1954 in Omaha, Nebraska to Lewellyn Kathan “Barney” and Willa Mae Hiett “Betty”. Thomas L. Kathan was a Sergeant in the U.S. Army. He served in Hotel Company, 1sr Battalion, 3rd U.S. Infantry Regiment, The Old Guard, Presidential Salute Battery. The unit is known as the “Escort to the President.” The regiment is the oldest currently active regiment in the Regular Army. Its mission is to conduct memorial affairs to honor fallen comrades, ceremonies, and special events to represent the U.S. Army. The Infantry Regiment is a qualified combat nit and deploys elements in support of overseas continency operations. In addition, the regiment has a support role to civil authorities in a wide range of scenarios in the Washington, D.C. region. To be selected to serve in The Old Guard is an honor within itself and reflects highly of the character and dedication of each individual soldier. He is survived by his wife, Lucy, daughter Andrea, sisters Pamala Gould, Cologne, MN and Victoria Stoeckel, Faribault, MN, and Gregory, Aurora, CO. Tom had a son named TJ who sadly died a month after birth with SIDS in 1975. A funeral service is scheduled for Saturday, January 9, 2021 at 2:00 p.m. at 15150 E. Iliff Ave. Aurora, CO 80014 (near Iliff Ave. and Chambers Ave. intersection) at Romero Family Funeral Home. Pastors Erik Valenzuela and Peter Hiett will officiate.

The family of Thomas Kathan created this Life Tributes page to make it easy to share your memories.

Send flowers to the Kathan family.